To prevent airbag fault when removing front car seats, you should first disconnect the minus (black) cable from the car battery and then continue with the removal process. After that, don’t connect the battery until you install seats again.

The worst thing that can happen to a car detailer is to make some errors in the buyer’s vehicle. The most common thing that occurs is an airbag failure. It happens due to improper seat removal when detailers want to deep clean the car.

Fixes can be expensive since you’ll have to drive that car to an auto electrician. Even though it’s a simple process to remove the failure, it’s costly.

To avoid airbag failure when taking car seats out, follow the steps in this article.

Here’s the step-by-step guide on how to remove car seats without causing an airbag failure. For this, you’ll going to need some Mechanic Tool Set (check the price on Amazon now).

Step 1: Park The Car In The Working Area

First things first, you should park the car at the place where you’ll work. That’s an essential step to save your time and nerves, trust me.

Just keep in mind that you won’t be able to move or turn on the car once you remove the front car seats.

Step 2: Slide The Seat Front and Remove The Rear Bolts From The Seat Rails

Now, it’s time to start removing the seat. You should first remove the bolts from the back.

Slide the seat to the front, and locate the bolts. They’re always near the seat rail end. Some cars will have a plastic cover to hide them, so make sure to remove it to see the bolts.

Usually, there are only two bolts – one on each side of the seat rail. Also, different cars have different bolts (Torx, hex head, hexagonal). Make sure you have those tools.

Just unscrew them counterclockwise, and you can proceed to the next step. Also, put the bolts somewhere where you won’t lose them.

Step 3: Slide The Seat To The Back And Remove Front Bolts

Now you should remove the front bolts. You won’t be able to remove them until you slide the seat fully to the back of the seat rails.

It’s always tight there. That’s the reason for sliding the seats. Just do everything as in the last step. Unscrew the bolts, save them somewhere, and proceed to the next step.

Step 4: Detach The Negative (-) Cable From The Car Battery

Removing the negative cable from the car battery is the most crucial step to prevent an airbag or another fault.

Detaching negative cable will leave the car without electricity, so the computer won’t read any changes (jack removal or similar) you’re doing on the vehicle.

The negative (-) cable is always the black one. That way, you won’t make mistakes.

Use a wrench to loosen the nut on the negative cable and then detach it from the car battery. For most cars, you’ll need a 10mm (0.4in) wrench.

There’s no need to remove the positive (red) cable because removing only the minus cable will cause the car battery to send any electricity to the car.

If you’re still not 100% sure how to do it, check this article out.

Step 5: Disconnect The Cables From Underneath The Seats

99% of the cars have jacks underneath the seats. They’re mainly powering airbag sensors and seat heaters.

If you still didn’t remove the negative cable from the battery, do it now.

To access the cables, you’ll have to lift the seat up. Just tilt it back until you have full access to the wires. Now, unplug all the electric cables from underneath the seat.

Now, you can remove the seatbelt from each seat. As you can see, this is an optional step. It’s because, on some cars, it’s tough to detach the seatbelt. I was deep cleaning my friend’s Audi, and it wasn’t easy to remove seatbelts, so I left them attached. The only con of this is that you won’t be able to take the seat wherever you want, it’ll have to stay somewhere near the car.

Also, some cars have seatbelts attached at the bottom of the B Pillar, so you won’t have to touch them.

Step 7: Take The Seats Out

Now that you have finished all the steps with both front seats, you can take them out of the car.

When removing seats, make sure to be very gentle because of seat rails. They can easily scratch the car interior.

Also, every car is different. On some vehicles, you’ll be able to take them out through the front door, and on the other ones, it’ll be easier through the rear door.

Installing The Seats Back Into The Car

When you finish extracting the seats and the car carpets (or any other task you had), you’re ready to install the chairs back to the car.

Just reinstall the seats in reverse order. Make sure not to connect the car battery until you plug all the jacks into the chairs.

Quick note: do keep in mind that some audio systems in vehicles will require a PIN to unlock once you connect the battery back to the car. So, make sure to ask the client for the radio PIN before attempting to seat removal process.

When you remove all the seats, you’ll have a clean area to work on. That way you’ll easily reach all the “hidden” spots in the car, and you’ll get the best cleaning results. Whenever you’re deep cleaning (extracting) car seats and carpets, I suggest you remove the seats out.

That was the easiest and safest way for removing car seats. I hope that you understand everything. By following these steps, you’ll reduce chances of airbag fault appearing on the car dashboard. 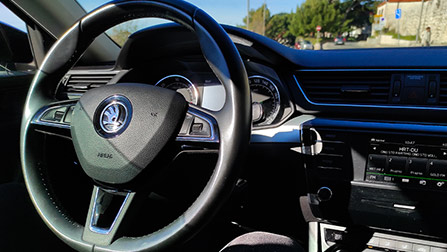 I’m part of Amazon Associate and some other affiliate programs, If you buy through links on this site, I may earn a small commission at no extra cost to you. Learn More Many people make mistakes when cleaning and protecting the car’s steering wheel. The steering wheel is full of body oils and other specks…

I’m part of Amazon Associate and some other affiliate programs, If you buy through links on this site, I may earn a small commission at no extra cost to you. Learn More Cleaning all the cracks and crevices in the car can be a bit tricky task. Sometimes it’s impossible to reach every speck of… 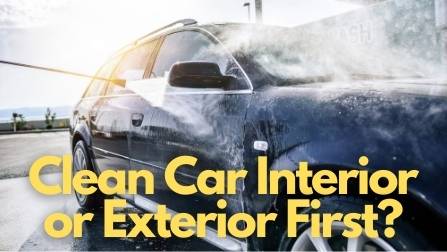 I’m part of Amazon Associate and some other affiliate programs, If you buy through links on this site, I may earn a small commission at no extra cost to you. Learn More The eternal debate in the car detailing community is whether you should clean the car’s interior or exterior first. So today, I decided…

I’m part of Amazon Associate and some other affiliate programs, If you buy through links on this site, I may earn a small commission at no extra cost to you. Learn More I know how discouraging and confusing it can be when it comes to deep cleaning the car. Mostly, the problem is doing things…

I’m part of Amazon Associate and some other affiliate programs, If you buy through links on this site, I may earn a small commission at no extra cost to you. Learn More Even though it’s entirely normal to tip workers for most service activities, I realized that many people don’t know should they tip car… 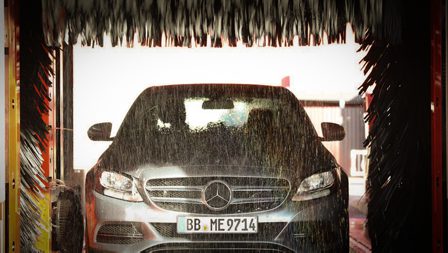 I’m part of Amazon Associate and some other affiliate programs, If you buy through links on this site, I may earn a small commission at no extra cost to you. Learn More When I just bought my Peugeot 308 SW, I was far away from my home and just didn’t see any self-car wash service….