The engine bay is usually the dirtiest area of the car since many people don’t like cleaning it – it’s mostly because they’re scared of screwing something up. Mostly, people are afraid of damaging the battery. Can a car battery die while you’re washing the engine bay? That’s what I’ll discuss today.

Even though modern cars have covers for all the sensitive areas in engine bays, it would be best if you still disconnected the battery while washing the engine bay. That way, you’re 100% sure that it won’t die during the washing stage.

For those of you looking for a quick answer, you’ve got it above. However, I think that there is additional information you should know, especially for beginners in the auto detailing world, so make sure to read the rest of the article.

Can Your Car Battery Really Die While Washing The Car’s Engine Bay?

Let’s dive a bit more into the question.

As I already said, all the sensitive components in engine bays are protected, at least generation cars from 2000 and above. The same situation is with the battery; you’ll often see a plastic cover over it.

Those covers on sensitive parts are fantastic, and they will protect components from damage during driving and washing, but the car battery is a bit different.

The battery provides some power to the car all the time, which means that it’s never off (unlike most other components), and leaving it unprotected may result in battery drain or, even worse, battery dying. That’s why I recommend disconnecting it while washing the engine bay.

From my experience, even if you never protect the car’s battery, there’s a small chance of it dying. While I was inexperienced, I washed engine bays on my cars without covering or disconnecting the battery, and nothing bad ever happened (except once when the car was working on 3 cylinders for a few mins, but it wasn’t because of the battery).

But again, I may only have had luck with it. Below you can see an example of problematic engine wash – nothing is covered or protected.

Don’t be the guy in the picture above (Like I used to) and let the battery look like this when washing your car. Always make sure to disconnect it and cover it with a plastic bag.

How To Disconnect The Battery While Washing The Engine Bay?

Disconnecting the battery won’t take more than 2 minutes, and it would be a shame if you don’t do it as a prevention step.

To prevent the battery from dying while washing the engine bay, just disconnect the negative (-) terminal from the battery and put some plastic bag (I use a grocery bag or trash bag) over it.

Also, cover any other electric parts attached to the battery to prevent water from damaging them.

To disconnect the negative cable (the black one) on the battery, in most cars, you’ll need a small wrench (usually 10mm or 12mm), and you’ll have to just loosen the screw a few turns until the cable can be easily disassembled from the battery.

What you can also do is remove the battery completely. Even though it’s not needed, it may give you more space to thoroughly clean an engine bay. However, removing the battery entirely will take you a bit more time, but no longer than 5 minutes, which is still quite quick.

Even though disconnecting and covering the battery will keep it safe, there are still some other prevention steps you should ALWAYS take when washing the car’s engine bay.

I Didn’t Disconnect The Battery, and Now The Car Won’t Start – What To Do?

If you didn’t disconnect the battery while washing the engine bay and now your car won’t start, there’s still a chance that nothing extremely bad happened.

Here’s what I would do in your situation:

Now you know that car batteries can die while you wash the engine bay, and you also learned how to protect them from dying. Even though it’s rare that the battery will die even if you leave it unprotected, it can still happen. Prevention is the key, and you should always take prevention steps even if there’s the smallest chance of something bad happening.

Let’s wash some engine bays (while keeping the prevention steps in mind)! 🙂 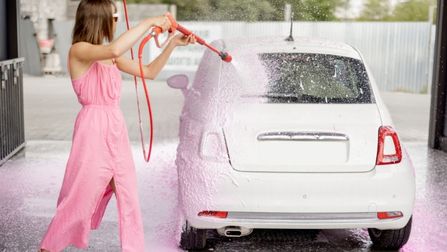 I’m part of Amazon Associate and some other affiliate programs, If you buy through links on this site, I may earn a small commission at no extra cost to you. Learn More The method of using self-service car washes that you’ll see in this article is entirely different from the others, and that’s because self-service… 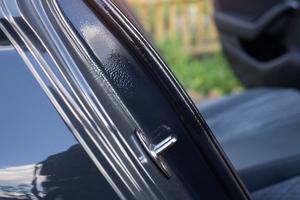 I’m part of Amazon Associate and some other affiliate programs, If you buy through links on this site, I may earn a small commission at no extra cost to you. Learn More The rubber trim around your car windows serves an important purpose. It keeps water from getting in, creates a sound barrier between interior… 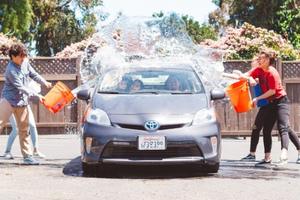 I’m part of Amazon Associate and some other affiliate programs, If you buy through links on this site, I may earn a small commission at no extra cost to you. Learn More Whether you’re doing it yourself or using an automatic car wash, washing your car is essential for its maintenance. But what if we… 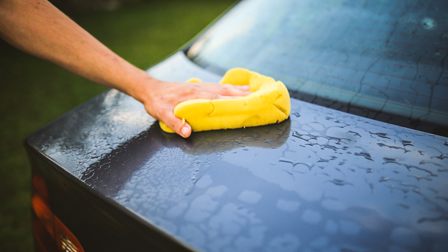 I’m part of Amazon Associate and some other affiliate programs, If you buy through links on this site, I may earn a small commission at no extra cost to you. Learn More Everybody knows washing black cars isn’t as simple as with different car colors. Even though a black car color is one of the… 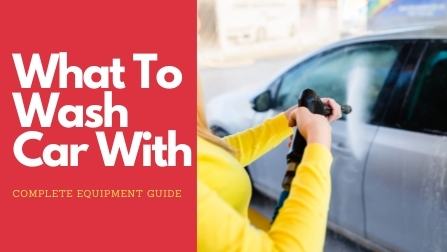 I’m part of Amazon Associate and some other affiliate programs, If you buy through links on this site, I may earn a small commission at no extra cost to you. Learn More By knowing what to wash car with, you’ll reduce risks of making any damage to the car paint, and you’ll also get better… 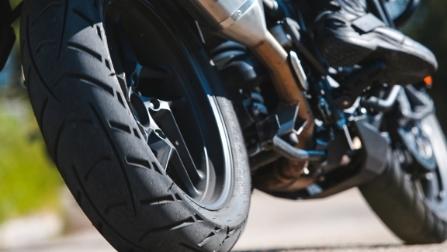 I’m part of Amazon Associate and some other affiliate programs, If you buy through links on this site, I may earn a small commission at no extra cost to you. Learn More When you’re trying to get the perfect look of your motorcycle, it’s normal to think of applying some tire shine to the tires….